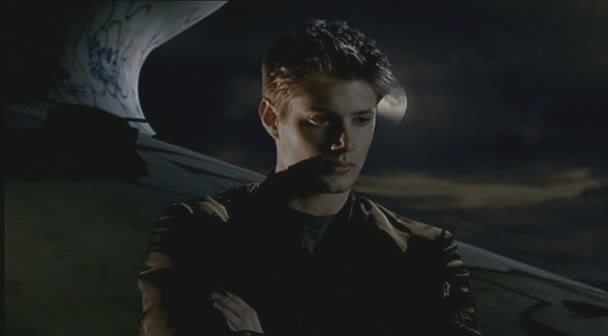 Me: *turns around embarrassed* no not at all just.. *looks over her shoulder at the cash register but then hurries to step outside* come on we have to go

Dean: *starts the car* not quite Davi, we're headed somewhere else

Priestly: See ya later!! Dont forget to spread how great our drug filled muffins are! *grins*

Mia: *gets in the car with everyone else, getting next to Moon, then when Moon momentarily turns around, pulls out a head band and wraps around her eyes* sorry, but Denny's orders

Kian: whoa davi, what did you do while we ate, shoe spree? *laughs and leans back feeling full and relaxed* ahem well since your sister dearest is tied up shir, care to tell me, I wont make fun or jpke I promise *shakes head* that priestly guy is a character 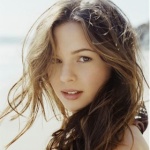 Me: oh okay *nods and gets in the car looks over at shir* who's priestly? *smiles looking over at moon as mia puts the blindfold on her then looks over at kian* trust me you dont wanna know

Me: ahem.. yeah he seems like it.. umm I think he's Denny's friend? *smiles a little* hey we're here *smiles as they pull into their destination and gets out of the car*

Dean: *looks at her through the rear-view mirror but before he can think much about it, has to pull to a stop*

Mia: sorry Moon but Denny also ordered this *places big headphones over her ears with loud music blasing then turns and nods at Dean* help me get her out?

Dean: sure *steps outside and goes to help Moon up then takes her hand so she can follow him, leading her through what seems to be long tunnel. Looks over at Davi smiling big, and winks at Kian* she's going to die Im telling you

Kian: *shakes his head at shir and gets out puzzled* is everyone in on this except me?> you all suck *goes through some dark tunnel* creepy..

Me: what the....*gets drowned out by loud music* hey!...ok now I cant see or hear, im gonna kick his ass all the way to the states if I have too *holds on tight to someones arm taking careful steps*

Me: oh hmm i like his hair.*smiles and gets out of the car looking to the others wonderingly walks over to shir staying by her looks over at kian* well i have no idea what's up either if that helps you feel better

Me: Yeah its unusual but its kinda like.. cool dont you think? *bites her lip thinkative and follows them* Davi be careful ok? Hey Kianu can you help protect Davi so people wont shove her and accidentally hit her stomach?

Dean: *turns a sudden turn to the left, guiding Moon by holding onto her arm and back, Mia on her other side. When they arrive at their designated destination stops and lets her go*

kick my ass all the way back to the states? Fine, youre on your own with the coronation then's voice suddenly appears in her head*

Kian: Sure thing *goes and gets in front of davi* iof need be ill mind control them thats yuoer invisiable *laughs some* oh relaxc im kidding, that guy was a fry short of a happy meal, woulsdmt be suprised if he had a rock band. *stops and looks around*

Me: *smiles suddenly* aww you know I love you... can I take these off now> *speaks to any listening bouncing on her heels excitedly*

Me: oh totally *smiles to her* i'll be careful *looks around curiously then up at kian* thanks kian *chuckles a little and stands up on her tiptoes a little to look over his shoulder*

Denny: *waits for the right sign* ok whitey, I'm going to take only the earphones first ok? but the blind fold stays for a minute longer *smiles real big and looks around, still waiting*

Dean: *beams in excitement, almost unable to contain himself. Looks all around waiting for everyone to fall completely silent which at first he finds impossible but eventually it actually happens*

Me: *leans her weight against the crutches and looks forward smiling really big* this was an awesome idea.. she's going to love it

Denny: ok here we go.. *carefully takes her headphones off when everything all around them is not only quiet but pitch dark*

I'll be there till the stars don't shine
Till the heavens burst and
The words don't rhyme
And I know when I die, you'll be on my mind
And I'll love you.. Always 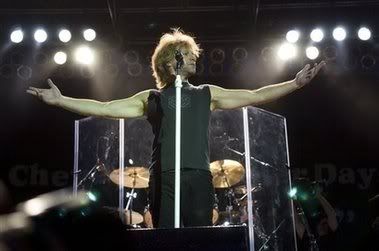 *grabs mic as music changes* This ain't a song for the broken-hearted ..

Me: is that who i think it is? *tries to look over kian* Kiiiiiiian i cant seeee. *moves over to shir* hey lean on me okay so you dont have to worry about these crutches *looks over at moon and denny* aww this is an awesome idea.

Kian: 8mouth drops open* oh no way!...damm how did he pull this off. 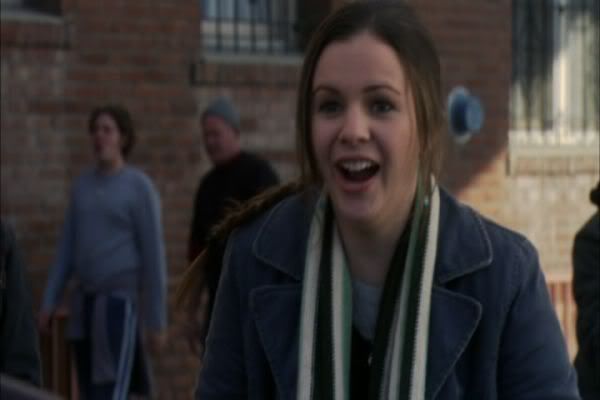 Me: *takes phones and bandanna off and nearly jumpos out of ehr skin at the sudden loud noise and mouth drops open ashs he looks around, then lets out a piecring scream* OMG!..BON JOVI?? HERE??? *lokos up at the stage as they start playing her favoritre song and cant believ ehs talking to her, turns to ehr side and grins at everyone* you all knew??! *looks at denny and jumps into his arms covering him in kisses* your amazing I freakin love you! thank you thank you thank you 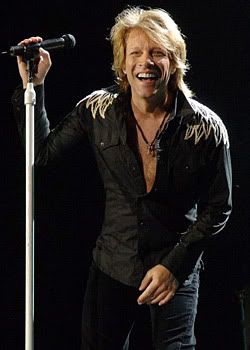 JBJ: *stops in between songs* Looks like our prince is a little busy tonight *chuckles* This was a personal request from a very good cousin of mine *winks at them* this goes out to all the lonely wolves out there, this is Blaze of Glory *breaks into the next tune*

Denny: *laughs out loud as she pounces him* Moon hey hey I cant breathe!!! *hugs her tight happy she liked it* It took a while to organize this but hey that's what family's for, right? *looks at her puzzled* What, you didnt know Jon's a werewolf too? oh come on, ever seen his chest? with all that hair he can nothing but a wolf *laughs at her dropped open mouth and hugs her to him, turning to watch the concert*

Me: thanks Davi but I think I have someone that I could lean against better *looks to her left where Sam and Kevin are standing, on their way towards the gang*

Me: *smiles seeing moon's reaction and giggles a little looks over at shir* oh okay *smiles looking back over at kev and sam* hey sam, babe.

Kian: *lkooks over* heeey they made it. *yells above the music* did they ahv a aprt in this?...oh sorry davi but I think your man can protect you now *laughs and holds up a lighter waving it back and forth* yeah lonely..took the words right out of my mouth man

Me: hes a WHAT?? you gott be kidding me? *cant stop grinnig despite her shock and turns back to the stage giving jon the thumbs up and claps* this is amazing *waps arms around his wast, then looks at him taking his ahnd* want to dance?

Dean: *crosses arms and grins seeing moon so happy, then nods to sam and kevin* whre have you guys been?

Sam: *smiles walking over to the group wrapping an arm around shir letting her lean on him* we were here helping denny out. *looks down at shir* did you find a dress?

Denny: *chuckles and turns her around in place* yeah i sure do but not to this song *points at the stage as they break into sleep when I'm dead. Turns to look at Moon and Mia smiling from ear to ear and as the music fills the stadium starts jumping, throwing hands up in the air, clapping and singing along*

Mia: *walks over to Dean trying to get him to move some* aww come on just a little *wraps her arms around her and starts moving some, forcing him to move a little to the sound of the music*

Me: *watches Denny and Moon, excited and thrilled for them both for the outstanding surprise, then at Mia who actually manages to get Dean to move his heavy legs out of place* aww youre not alone Kian, you have two daughters

Kevin: *walks over, staying away from Moon and Denny, shaking his head in disbelief and goes over to Davi, wrapping his arms around her from behind, moving her some to the sound of the music, his chin on her shoulder, kissing her on occassion*

Me: *strokes his hand in gratitude* thanks and no Sammy *moves some wishing she could dance then all of a sudden when she looks to her right sees Priestly, standing not too far yet not too close to them. Immediately turns her head back to the stage but a moment later looks towards him one more time curious*

Kian: *turns to shir glad its slighlkty dark so she cantr see his crimson cheeks and wonder how int he hell she read his mind* h...shir did you just....

Me: *laufhs* shes been flirting all afternoon with him, shes certaionly not shy, but your right shesna handful *whistloes up at the band and takes his hand and bumping hips with him* aww come on its old school but its cool!

Sam: you didn't? *smiles a little follows her gaze over to priestly* do you know that guy?

Me: *smiles and places her hands over kev's swaying with him slightly and smiles leaning against him*

Denny: stop stop you'll hurt yourself *laughs then pulls away from her* wait here ok? *turns to leave*

Me: *looks at Moon as soon as Denny leaves, shaking her head in disbelief* can you believe that?? *turns and sneaks another look to her right, but to her disappointment Priestly isnt there anymore, hears Sam and immediately shakes her head no*

Me: *raises her eyebrow watching denny* did he just leave? *threads her fingers with kev's and kisses the side of his head watching for denny to come back*

Sam: *watches denny go then looks back to shir and gives her a look before looking around again tapping his foot to the beat*

Kiam: *Makes his way through the crowd to the other side gazing around*

Me: *looks denny raising an eyebrow as he leaves then looks atv her sister* uh...mybe he has anohert suprise or had to take a bathroom break? I dunno

Dean: ok ok I cant dance anymore mia sorry..man tis hot in here, anyone want an anythign to drink *nods to a table where bottles of water are> where did you brother go?

*different beat is heard, Bon Jovi members playing but to everyone's surprise the one who steps on stage is no other than..* 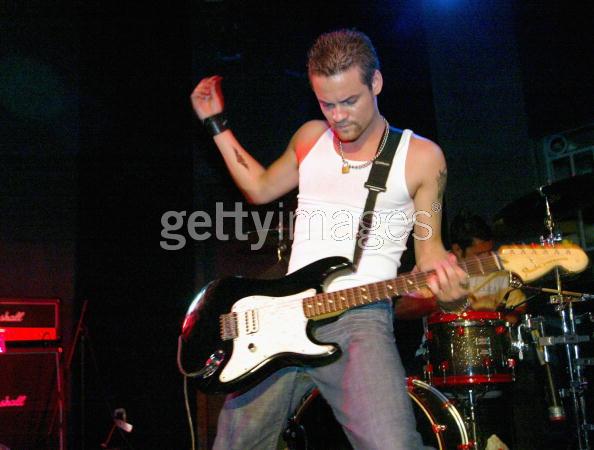 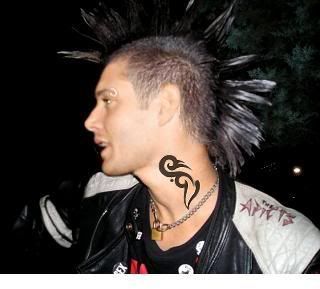 *walks right behind Denny onto the stage, playing the 2nd guitar, and both approach the mics* 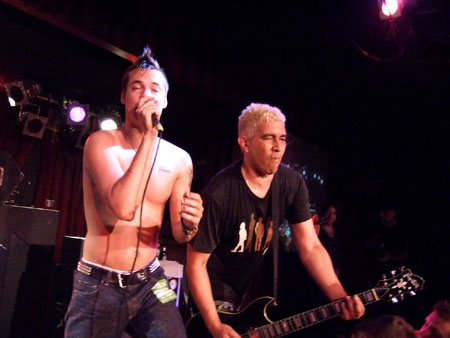 *grabs the mic (his hair's like priestly's now) and starts singing*

One, two, princes kneel before you
thats what I said, now
Princes, princes who adore you
just go ahead, now
One has diamonds in his pockets
that sounds great, now
This one, said he wants to buy you lockets
aint in his head, now

Kevin: holy crap is that DENNY???

Me: *looks at the stage in disbelief, mouth dropped open*

Mia: *jumps up and down rooting for her brother, clapping hands like mad, shaking her body to the sound of the music*